This week on Vancouver Island, four ships are loading raw logs bound for overseas export. Three of the four were spotted in Vancouver Island ports just over two months ago, and now they have returned.

The Black Forest (registered in Hong Kong) is loading logs in Crofton. It was first reported in October. 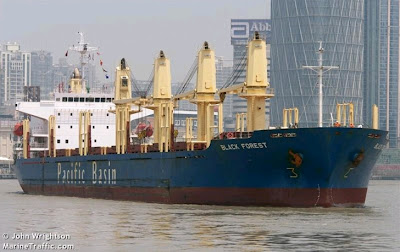 The Global Garland from Panama is loading logs from Port Alberni. It was also first reported in October. The White Coral (Panama) has also returned to Port Alberni after a two month absence. The only newcomer this week is the Ace Century (Vanuatu) which is loading raw logs from Harmac. 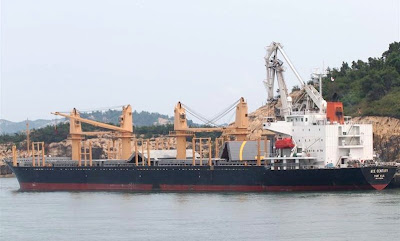