Clearcut logging across the highway from the entrance to China Beach campground, behind a "beauty strip" of unlogged forest. 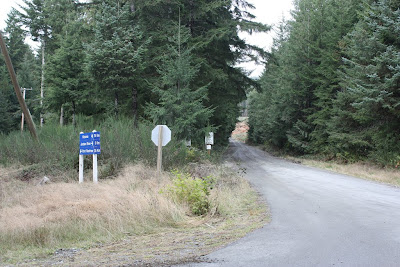 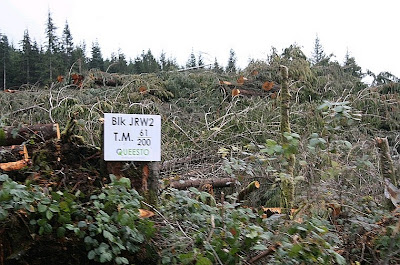 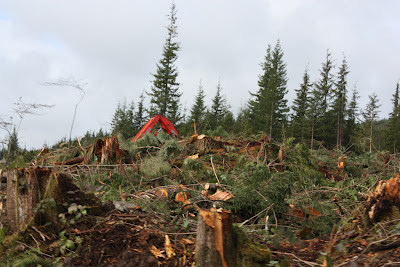 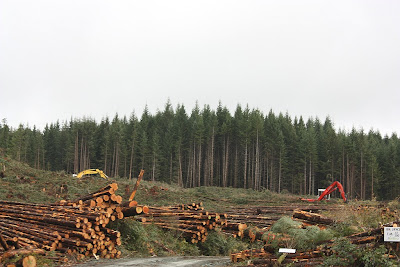 No men with chainsaws here. The logging is done with feller-bunchers. These machines (shown above) cut and drop a tree in a few seconds. Five machines were operating in the cutblock, which after just a couple weeks is the size of ten football fields. A forester said the whole hillside (about 100 football fields) will be stripped by Christmas. The loggers are contractors. There were no Pacheedaht First Nation members working  in the cutblock. The logs are not supplying the mini-sawmill on the Pacheedaht reserve - they are trucked to the Jordan River log sort, then to a mill on the Fraser River. The milled lumber is sent to China and elsewhere. 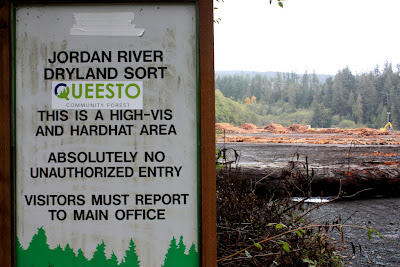 According to news reports, the Pacheedaht First Nation paid at least $300,000 for the right to harvest timber on their traditional territory. It will take years to pay off the debt.