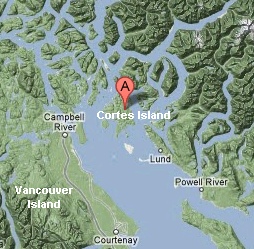 Update: Cortes activists Tzeporah Berman and Carrie Saxifrage report that plans to clearcut parts of Cortes Island are postponed until September 2012. Representatives from Island Timberlands assured them at a meeting this week that "the earliest they would begin logging is in September."

This community of a thousand people near Campbell River is known to many as a "birthplace of the green movement" in BC. The impending battle between the islanders and the logging company, owned by Wall Street conglomerate Brookfield Asset Management, sparked protests in Nanaimo, Victoria, and Vancouver this week. In January, a petition with over 6,000 signatures was delivered to half a dozen Brookfield offices worldwide.