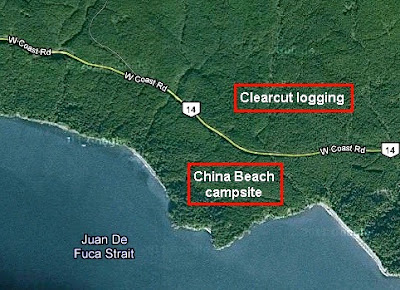 The company doing the logging is Queesto Logging, a partnership between the Pacheedaht First Nation and Canadian Overseas Group. The wood is reportedly destined for a mill on the Fraser River. This group began operations in its new Tree Farm License this fall. Click here for a larger PDF version of the forest map below. 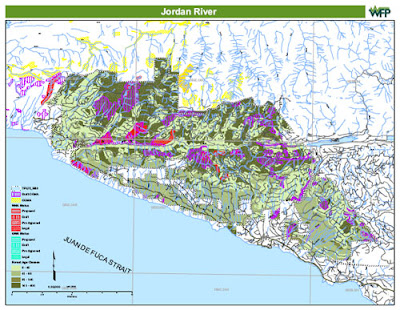 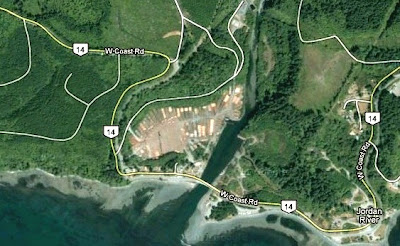 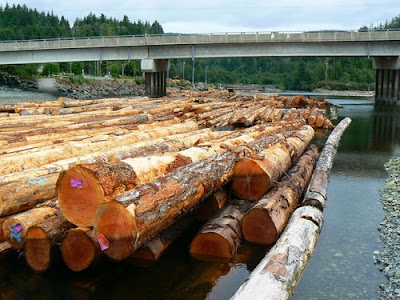 This just in: Caycuse Valley has been stripped.

Below: Ancient Forest Alliance executive director Ken Wu next to old growth Douglas fir trees that were cut down in the Caycuse Valley between Cowichan Lake and the Walbran Valley. The Alliance is trying to prevent this from happening again, to preserve Vancouver Island​’s few vital old growth forests. Photo: Tyler Clark for Lake Cowichan Gazette. 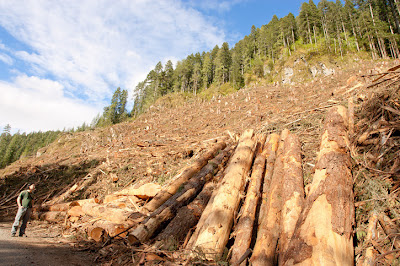 
The BC government has allowed an important deer wintering range to be logged on Vancouver Island in the Caycuse Valley south of Cowichan Lake. British Columbia's coastal black-tailed deer populations that live at higher elevations (ie. where there is snow pack) spend the winter months in old-growth forests where they find food and shelter. Lichens which take a long time to spread and grow (and thus are found in much greater abundance in old-growth forests) form a large part of their winter diet.

This particular grove of extremely rare old-growth Douglas firs was logged in the summer of 2011. Vancouver Island's deer population has dropped from over 200,000 individuals in the 1970's to less than 60,000 individuals 30 years later in large part due to the logging of their old-growth wintering range. Help protect Vancouver Island's last old-growth forests, ensure sustainable second-growth forestry, and ban the export of raw logs.